You are here: Home / About People / The Chinese Mother Style of Parenting – Good or Bad?

I just finished reading Amy Chua’s article “Why Chinese Mothers Are Superior” on the WSJ. Since I am a product of the Chinese Mother style of parenting, this topic is always near and dear to my heart. In her article, Chua makes several interesting points – 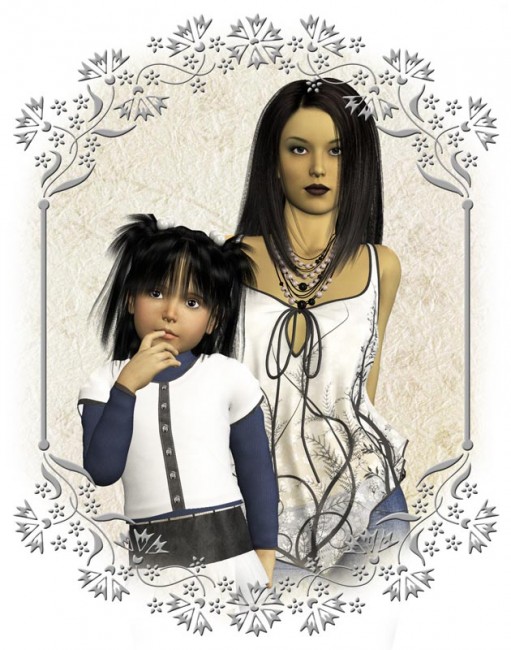 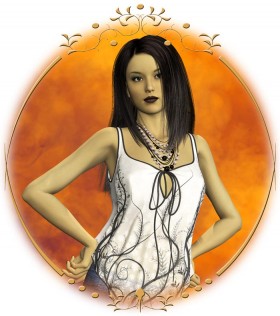 For a Chinese mother, their daughter must be great at these two things –

I was a pretty good student in elementary school and high school. I would get a fair number of academic prizes and usually ranked in the top 3 of my class. However, there were always one or two subjects that I totally sucked at. In particular, I was really bad at languages.

As a result, my report card would always have a flaw. I would only get 7-As out of 8 subjects. This means it was pretty much a crappy report card. When I got home with this, my Chinese mother would regale me with stories of how so-and-so’s daughter got 8As and so-and-so’s son got 9As!

I just didn’t measure up – it sucked!

To get the approval or even love of my Chinese mother, I had to achieveperfection. Sadly, that never happened until I was in college, and far away from home. Still, my Chinese mother had taught me that nothing short of perfection is enough … and even then, it is still not enough because what about the next exam?

I spent many years chasing perfection and I was utterly miserable. 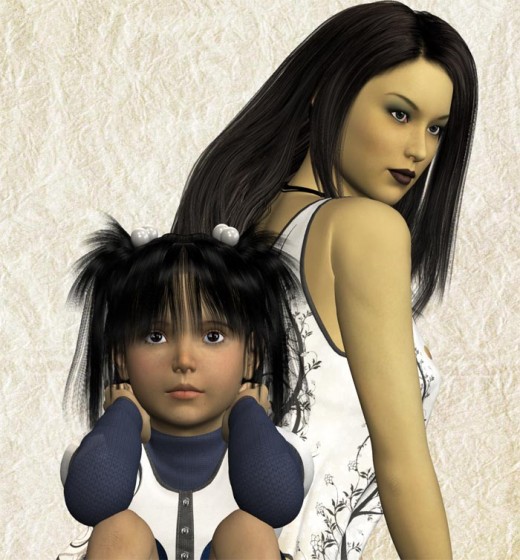 To get the approval or even love of my Chinese mother, I had to achieve perfection.

The Chinese Mother and Playing the Piano

For some weird cosmic reason that eludes me, Chinese mothers place great importance on playing the piano – but just for their daughters. The piano is somewhat of a girlie pursuit, so sons need not do it.

I have no idea why the piano is considered better than any other instrument, or why music is considered more important than art, sports, or anything else. But then, the role of the daughter is not to question, only to obey.

When I started playing the piano, I enjoyed it quite a lot. It was fun, creative, and a nice change from the academic achievement part of the program. I wanted to play popular tunes, make my own songs, and write silly lyrics.

But that was not to be.

The Chinese mother piano program consists of taking piano exams. I had to take one every year, so piano practice sessions include playing 3 exam pieces, scales, and arpeggios – over, and over, and over again.

Needless to say, piano playing quickly became almost as fun as going to the dentist. If you want to teach your child to hate something with a passion, then try this method of parenting.

I wanted to quit, but that is a forbidden word to a Chinese mother. Quitting would reflect really badly on Her. So for 8 years I had to do something that I totally hated. Even if I had loved it, and was extremely talented, piano playing is only a sanctioned hobby. Woe be to you if you try to make music into a career. There would be hell to pay and then some. The sanctioned careers include being a doctor, engineer, or a lawyer. 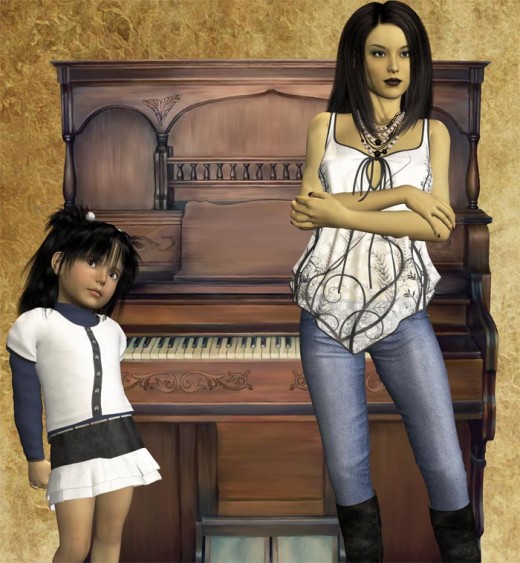 The Chinese Mother and Playing the Piano.
Source: http://shibashake.com/blog-art/images/the-chinese-mother

The Chinese Mother, Guilt, and Shame

In her article, Amy Chua talks about another gem of Chinese mother parenting –how to shame and guilt a child into submission.

Chua claims that this does not damage the self-esteem of the child, instead it makes the child stronger. In fact, according to Chua, the Chinese mother has more faith in her child because she believes that the child is strong enough to take the shaming.

Is this true? Does shaming and harsh coercion lead to a stronger child? I suppose in some ways, it does … if the child survives. Otherwise, the child will probably have a nervous breakdown, which everybody else will pretend did not happen.

And even the children that survive are often plagued by a whole host of mental and emotional issues. Contrary to what Amy Chua may say, the constant guilt and shame attacks did undermine my self-esteem.

How can it not?

Every day, I am told that I am not good enough. True, it did spur me on to try to meet my mother’s expectations, and be worthy of her love. However, it also made me doubt myself and question my own self-worth. I could not confide in anyone, lest they think I was weak and unworthy. It is a lonely place for a child.

The Chinese mother parenting technique teaches a child to live in her mother’s shadow, to submit to authority, and to follow her commands no matter how inane they may be. After all, the Chinese mother suffered untold misery to bring the child into this world; the least the child can do is to obey without question.

Guilt and shame are poor building blocks from which to create a relationship with a child. Children should not have to face such attacks; not from anyone, much less their own mothers. 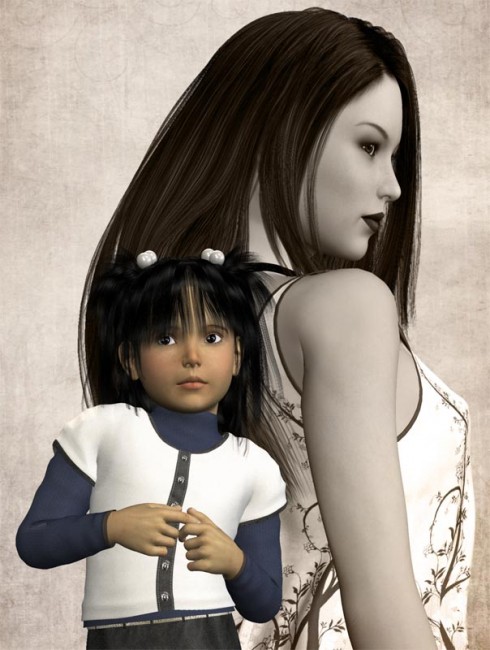 The Chinese Mother and Her Children

In her article, Amy Chua also argues that the harsher Chinese mother style of parenting leads to a strong mother and child bond.

This was certainly not true for me and my mother.

I had a very close relationship with my mother when I was very young; before all the Chinese parenting kung-fu came into play.

One of the fondest memories I have of my mother is her folding my handkerchief into various animal shapes so that I would have a part of her with me in school. During that time, my mother was safety, a calm harbor from the storm, a place I could go to unload my fears, and be healed.

Now, we don’t have all that much to talk about. 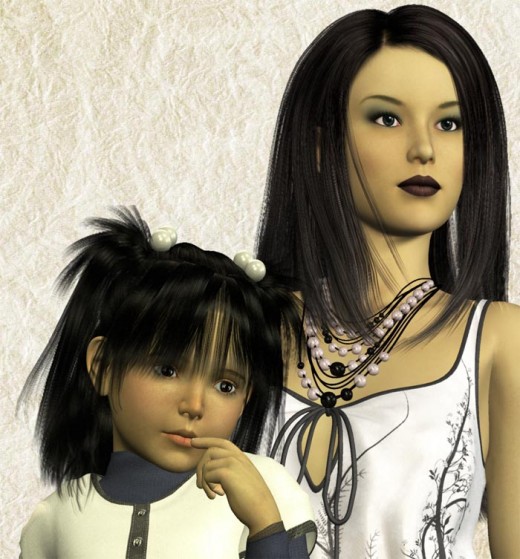 The Chinese Mother and Her Daughter.

The Chinese Mother and the Future

Does a Chinese mother better prepare her children for the future?

If the future were some kind of post-apocalyptic nightmare from one of the Mad-Max movies, then maybe.

Seriously though, the Chinese mother style of parenting may produce children that have better test scores, and that choose more socially acceptable career paths. Indeed, beating a child into submission through harsh mental techniques, creates a child who conforms.

If you measure success by how well a person conforms to society, then I suppose the Chinese mother is a great success.

Personally, I think that life is about thinking for ourselves, finding our own path, and searching for those things that give us the most joy and peace.

When I was in college, I had a really fun advisor who also believed in learning through adversity. The truth is, whatever he was able to dish out did not even come close to the kung-fu skills of a Chinese mother, but I didn’t want to hurt his feelings, so I never told him so. 🙂

One of his favorite sayings is – “At least it is not as bad as shoving bamboo shoots under your fingernails.”

I absolutely love that. I think this line sums up the Chinese mother parenting style very well! 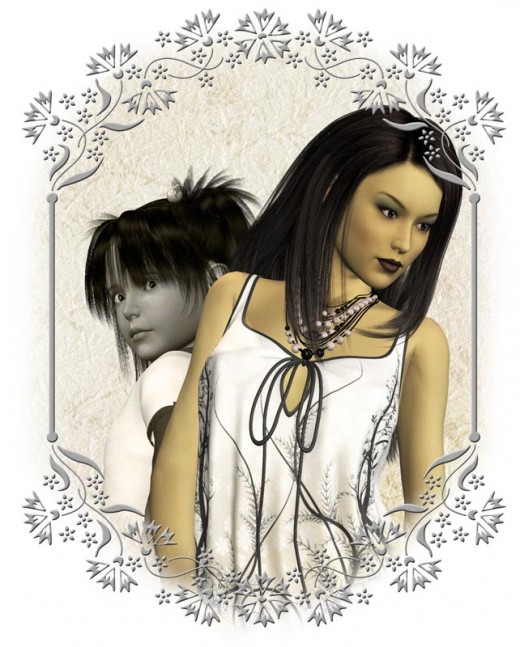 What do you think of the Chinese mother style of parenting?